Ireland’s river quality is plummeting fast. In Northamptonshire the cereals giant Weetabix has been fined £140,000 for polluting a river with thousands of litres of diesel fuel, threatening the lives of fish and water plants. Chemical spills are not as rare as you might think, especially smaller ones. And innovations are arriving thick and fast in the world of water pollution detection. Here’s the news.

A serious chemical spill has seen the cereal giant Weetabix fined thanks to court action taken by The Environment Agency, which brought a prosecution for polluting the River Ise near the company’s plant in the town of Burton Latimer, Northamptonshire. The clean-up operation cost Weetabix £500,000.

The company, which pled guilty, has an annual turnover of £300m. Some feel this fine for a serious industrial leak seems low bearing in mind the damage caused and the circumstances in which the leak happened. Sailesh Mehta, who was prosecuting for The Environment Agency, blamed ‘corporate amnesia’ by Weetabix, which had failed to carry out the right checks on pipes and valves in its on-site storage facilities. As the judge said, “My considered conclusion is that this corporate amnesia amounted to a negligent failure … Weetabix failed to keep records of what was on their site. Their plea recognises this failure.”

Back in 2007 the Environment Agency asked Weetabix to remove the pipework from a decommissioned tank, but they ignored the request. In November 2016, when the fuel tank valves were left open, 23,000 litres of diesel fuel drained through the old pipes into the river.

Thankfully a set of coincidences involving the weather and the river’s flow pattern at the time meant the damage wasn’t as bad as it otherwise would have been. In the judge’s words, “Had the diesel permeated the river in drier conditions there could well have been a significant adverse effect on animal health or flora.”

The judge said that Weetabix should have kept proper records of the valves and pipes present in the old storage facility but their risk assessment didn’t include information about the secondary valves. It was also noted that Weetabix had a ‘near spotless record on environmental compliance’ before the incident.

Surrey road closed after suspected chemical spill, another at Linton in Cambridgeshire

Small chemical spills happen relatively frequently, and they can cause chaos. Take a spill at the A322 in Surrey, near the M3, which saw the road shut down for several hours following a suspected chemical spill. Surrey Police were called to a private property in South Farm Lane on 9th December. A two-mile stretch of the road was closed and one man was treated at the scene after feeling unwell. The cause is under investigation.

On 4th December Linton in Cambridgeshire suffered a chemical spillage that required more than a dozen fire crews. The firefighters arrived to find a male casualty being treated by ambulance staff, later taken to hospital as a precaution. The crews isolated the spill and made sure it was ‘captured by the internal drainage system’. The man’s injuries were not serious, and the spill is still being investigated.

According to the Irish Times, water quality in Ireland is getting worse despite a long period of relative stability and improvement. The six year research project by the Environmental Protection Agency, the Water Quality Ireland Report 2013-2018, suggests recent positive trends have been reversed, and the resulting drop in the health of rivers in Ireland is a matter of ‘very serious concern’.

The problems are all down to human activities causing water pollution as well as impacting the physical integrity of bodies of water and water habitats. The issues include farm pollution, waste water discharge, changes to the ways rivers flow and to forestry, peat extraction, mining, quarrying and more. Add climate change to the equation and the ‘quality and availability of water’ in the region is under threat.

Ireland’s ‘worst of the worst’ water courses, according to the report, include nine rivers, ten lakes and six estuaries. Two sections of the Avoca river in Co Wicklow are damaged by legacy pollution from the Avoca mines, which closed in 1982. Decades of raw sewage from Arklow enters the river untreated because there’s no treatment plant. The Aughboy in Co Wexford is suffering from agriculture, domestic waste water and urban run-off, and the Ahavarraga stream in Co Limerick has been suffering from ‘excess nutrients’ since 2015. These are just the tip of a shameful iceberg.

Science and innovation to the rescue!

Against the usual backdrop of bad news and irresponsible businesses, it’s good to see some good news. First of all, Irish scientists have invented a biological sensor to detect and trap water pollutants in much the same way as the carnivorous Venus flytrap plants traps insects.

They’ve done it by cleverly modifying porphyrin molecules, widely found in the human body and nature, so they look like the Venus flytrap’s own molecules. The molecules snap shut when they come across environmental pollutants, neatly taking them out of the equation.

At the same time researchers at the University of Toronto in Canada are busy developing an early warning system for water quality. Theirs – like so much in science – is also inspired by nature, this time combining miniscule water fleas with tech so sensitive it detects change at a molecular level.

The technique harnesses metabolomics to study the health of Daphnia, the common water flea. An instrument called a tandem mass spectrometer provides a peep into the biochemical processes taking place inside the tiny creatures when they’re exposed to different water conditions. Because their reactions tend to be almost instantaneous, the technique is perfect for inclusion in the Biological Early Warning System for water pollution and ideal for continuous water quality monitoring.

The health of Britain’s lakes, rivers and streams is under continuous threat from human activities. The smallest spill can quickly change the nutrient conditions, pH and water quality of ecosystems, and disasters can happen within minutes. If you run a business with a risk of water pollution or chemical spills, it makes a lot of sense from an environmental, moral and financial perspective to do everything you can to prevent pollution. We help responsible businesses do exactly that. 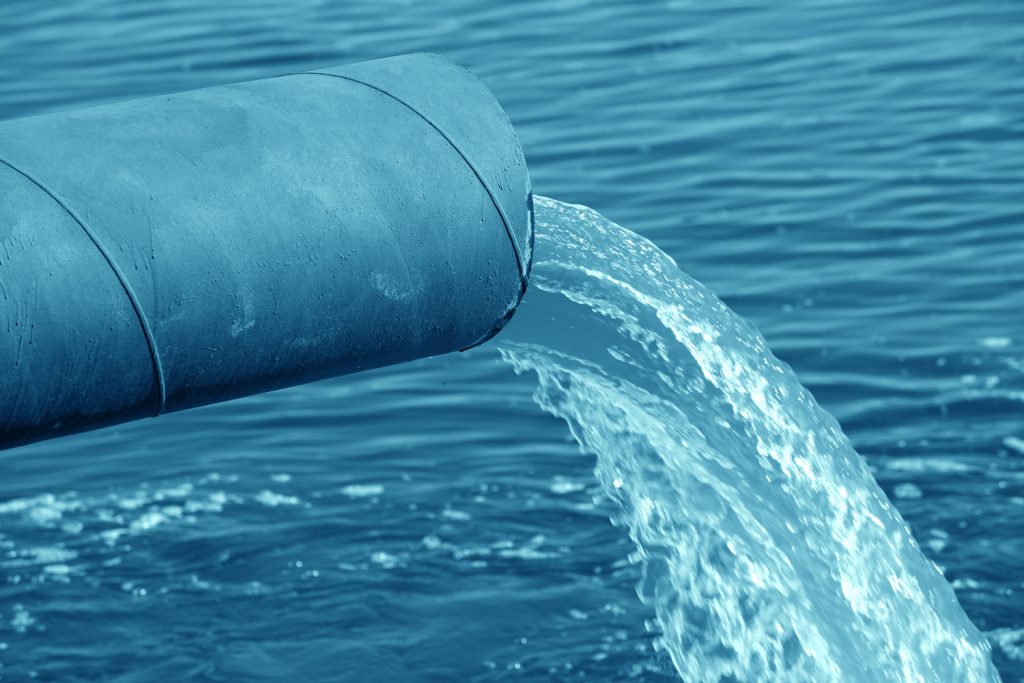