This post is part of our Water Pollution Prevention Knowledge Bank. If you prefer to read you will find the full transcript below. SUBSCRIBE

This control panel operates on all of our devices from our 150mm valve right up to our 675mm valve as a standard design.

So let’s run through some of the operations.

What we have here is we have a red button which closes the valve and we have a green button for opening the valve. We’ll just run through a cycle. You can see now that this valve is now in the closed position, you see that by the red LED which indicates that the valve has reached the closed position. You also heard the sounder, the alarm runs through until it’s processed that the signal is correct, so even though we got the red LED first the sounder is checking that that signal is correct before it sends an SMS message to the operators to notify them that the valve has closed, at what time,  how it was closed and potentially who operated it as it identifies the mobile phone that was used. It can also identify if it was operated locally at the panel or whether it was activated by another device, for instance one of our remote activated core points which could also have activated the device.

So now to open the device we simply go in reverse and press the green button which gives us a green LED telling us that the valve is now in the open position.

Now let’s have a look at the inside and go through some of the questions that we sometimes get asked about how the system actually works. Inside it’s very, very simple it’s an IP67 box. What we have inside is a compressor as you can see, we have a battery and we have our controller which is the basis of the system, the brain of the system. Then we have our inputs which are what most of our customers are really interested in. You can see here that the white wire is the common wire, the green is indicating the open the valve status and the red indicates the closed status of the valve.

Normally what most sites do is attach the white and the red which activates closure of the device to an oil interceptor output, a pH output or a fire alarm output enabling the device to be automatically triggered remotely from one of those remote alarms rather than somebody having to come to the unit or use a mobile device to activate the system.

That’s basically how the automated pollution containment device works. Whenever we’re working inside we always remove the power, what you’ll notice when I’ve disconnected the power into the valve that the valve now has no LEDs we call this is the setup or standby mode. In the standby mode the processor doesn’t know where it is it or where the valve so its important that once we have done the maintenance, changed the battery for instance, is just to plug the battery back in and we have powered the system up. What you’ll notice is that there are no LED lights on so what we need to do is just get this valve back into a closed or open position. To do that we run through a close cycle, now we have a red LED indicating that now the valve is in the closed position and then we can put it in which ever position it needs to be in. If we perform a reset by pressing the green button that will put the valve in the open position.

Now this valve is set and ready to run. 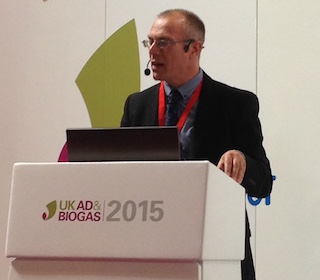