Commercial fire and environmental fines – not as rare as you might think.

Recent weeks have seen more of industrial fires, environmental fines and chemical spills, are we really surprised by this anymore? Here is the water pollution prevention news.

Commercial fire and environmental fines – not as rare as you might think.

Recent weeks have seen more of industrial fires, environmental fines and chemical spills, are we really surprised by this anymore? Here is the water pollution prevention news. 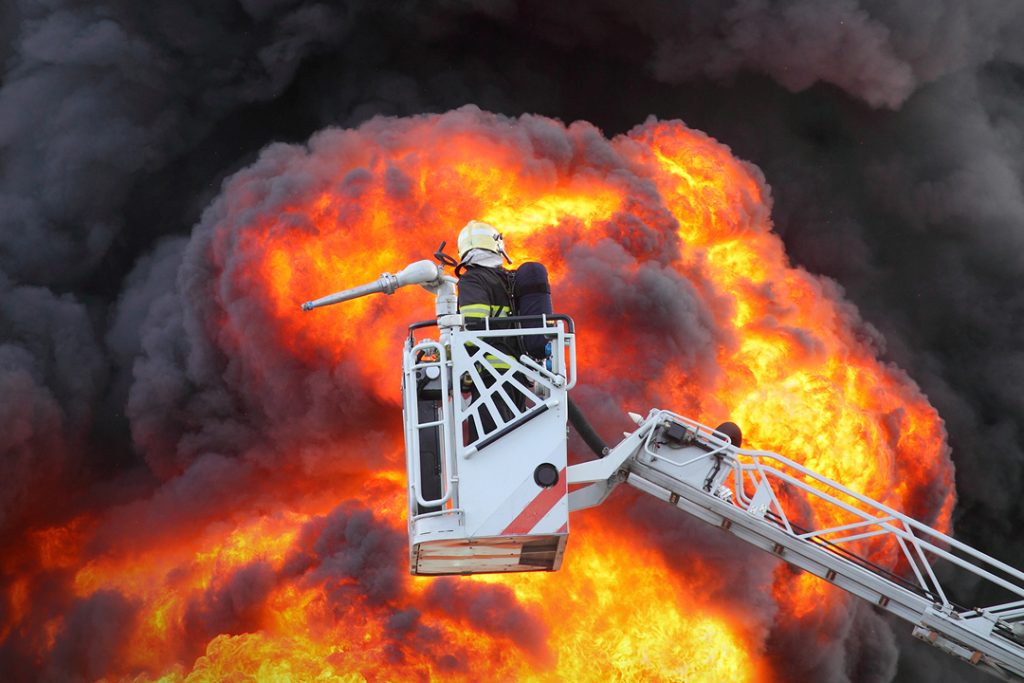 An Industrial fire can destroy a business all on its own. However, the fallout can be as much, if not more, catastrophic. The environmental fines, the cleanup costs and the reputational risk of failing to contain firewater could succeed in finishing your business if the actual fire doesn’t. Waste is a big issue, and the fines now being served for mishandling or illegally dumping waste are now considerable.  Do you have a good handle on the environmental risks your business poses, or are you winging it?

Industrial fires in the UK – more common than you might expect.

If you thought industrial fires are a rarity, think again. It is reported that there are more than 300 industrial fires in the UK every year and the trend doesn’t appear to be slowing. The last couple of weeks have seen a fire at Harlow Industrial Estate in Essex, which started inside an industrial shredding machine. As we write there’s a large industrial fire going on at Garngoch near Swansea, the cause of which is unknown so far. On 10th June fire crews used a special camera and cutters to put out a small machinery fire near Bridgnorth in Somerset, and fire ripped through the Lordswood Industrial Estate on 6th June.

These incidents span just a few short weeks. And they just go to show, without expert insight and support with identifying and mitigating the risks, how a fire can take hold horribly fast, and do damage incredibly quickly. If you’d like someone trustworthy to work with you to reduce the risks, we’ll be delighted to help.

If you thought environment penalties were a rarity and easy to avoid, it’s another case of ‘think again’. In late May 2019 two separate Essex waste companies were fined, charged more than £45,000 after sub-contracting waste removal to a rogue firm that simply fly-tipped it. The case proved that, “The duty of care cannot simply be delegated to another company. There is a duty to check how the next waste holder in the chain will handle the waste and where the waste’s journey will end.”

On 5th June an arrest was made after several huge ‘mountains’ of waste were discovered dumped across the south of England. A man from Maidenhead was charged with large scale illegal waste tipping across Surrey, west London, Buckinghamshire, Kent and Hampshire, for 35 incidents in total. The investigation continues, and the Environment Agency is determined to bring the criminals to justice.

In another May case, a man was fined £520 for unlicensed waste disposal. An Oxfordshire business was fined for waste permit offences. And a Corby man was fined for illegal waste operations. They’re comparatively low-key cases with relatively small fines but they illustrate the fact that The Environment Agency is on the ball, on the case, and ready to prosecute. In fact, during 2018 alone, the Environment Agency stopped illegal waste activity at 812 sites. And in 2017/18 they brought 93 successful waste-crime prosecutions, and 17 prison sentences as a result.

If you’re sailing far too close to the wind, or you’re not actually entirely sure whether you’re safe and sound from environmental fines, you need to fix the situation now and get compliant. Leave it longer and you might just attract a small fine – but you could just as easily be handed an enormous, business-killing environment fine.

Recent chemical spills in the UK

You’re not safe from fines for a chemical spill either unless you are doing done the decent thing, proactively assessing, managing and monitoring the risks. Take Suffolk, where there was a nasty chemical leak in late May. Ten fire crews were called to Cornelius Specialities in Haverhill after a chemical leaked from an 8,000 litre tank. There was also a chemical leak in Eastbourne’s Old Town area in May, and the source of a second pollution spill in a matter of weeks at Cilgerran, Wales, is still being investigated by environment officers. While they’ve pinned down the place the pollutant entered the river, they haven’t yet confirmed its source. Someone, somewhere, is probably dreading a phone call right now.

Expect it to happen rather than hoping it won’t!

In a landscape like this, where unexpected, unpredicted spills and fires take place all the time, it’s best to be prepared rather than being in denial. In a world where illegal dumping generates massive fines, it’s well worth making sure your waste disposal partner really is disposing of your waste correctly. And if you have any doubt at all over the processes and procedures you’ve put in place to prevent nasty chemical spills, it makes sense to get us in to check things for you.