The Environment Agency has been busy as usual. They’ve been dealing with serious industrial spill in the shape of farm pollution, and with vehicles carrying waste illegally around north London, the focus of a recent clampdown operation. Their online service designed to update the public on major water pollution and other incidents in six London boroughs has been extended to cover sixteen more areas of the capital and ‘large parts of the northern Home Counties’. At the same time it looks like at least 5 billion of us will be at more risk of water pollution thanks to climate change. Here’s what’s been going on in our world over the past couple of weeks. 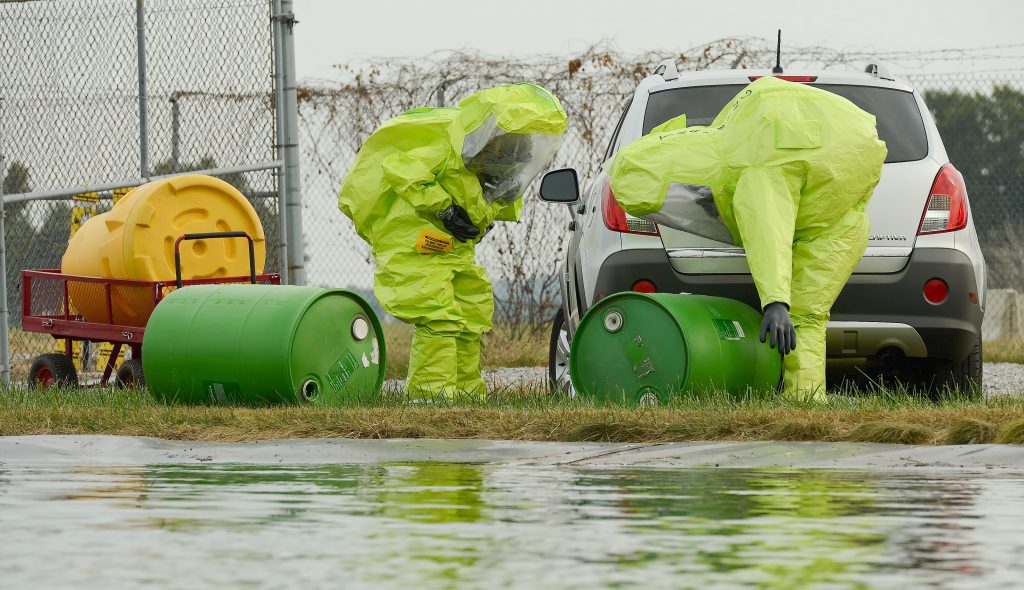 Withgill Farm and Wilson’s Contractors Ltd, both based near Clitheroe in Lancashire, have been prosecuted by the Environment Agency after a chemical spill incident saw farm slurry polluting the River Hodder. Both businesses pleaded guilty at Blackburn Magistrates Court, accused of ‘negligent culpability’ and ‘harming the environment’ back in early spring 2017.

Wilson Contractors Limited, trading as Wilson Farming, spread slurry on behalf of Withgill Farm, one of the UK’s biggest dairy farms. Both were fined £11,500 and made to pay £4,063 in costs plus a £170 victim surcharge. Complaints were first made by the public, and Environment Agency officers found a significant volume of slurry from a dairy herd in a field drain outlet, which then flowed into a stream and into the River Hodder, which is known for salmon fishing. The river was made smelly and dirty for several kilometres and the pollution continued into the the River Ribble. The next day Environment Agency officers found an earth dam built across the end of the stream to stop further pollution. They also watched contactors tankering slurry away.

This kind of pollution incident causes widespread distress to local communities, reduces water quality and spoils ecosystems. Thank goodness The Environment Agency are there to take tough action against companies and people who cause significant pollution.

The Agency already provides updates on pollution investigations via an online service covering six London boroughs. Now it has been extended to cover sixteen more, plus large areas of the northern Home Counties. If you’re interested in the environment you can sign up for e-mail alerts about how the Agency is responding to incidents, including water pollution where sewage and other poisons have been found in waterways.

Environment officers, for example, are currently investigating one of the worst pollution incidents in living memory along London’s River Lee. February 2018 saw thousands of litres of waste oil flowing into the Lee at Tottenham, and a clean-up operation in conjunction with the Canal and River Trust removed 100,000 litres of contaminated water plus 100 tonnes of hazardous waste. If you’d like to stay posted about environmental crimes incidents like this, it’s free to sign up and get email updates.

The Environment Agency and the Metropolitan Police have been jointly investigating tipper trucks in Brent, stopping them for roadside checks. And they’ve found plenty of vehicles carrying waste illegally. It’s called Operation Angola and it focused on waste carriers in the area. The idea was to target criminals who are dumping ‘significant amounts of waste’ across the south east of England.

Small tipper trucks are the most likely to be used by illegal waste operators and 45 vehicles were stopped during just one day. Checks were made to identify compliance – or not – with the law on waste management, and officers also made sure the trucks stopped were taking their waste to authorised sites.

The intelligence gathered on the day will help the Agency’s waste crime team find and tackle more illegal waste operators in the future.

As the PSR website says, “Climate change is making heavy intense downpours, droughts and rising water temperatures more common. This can alter the quality of our drinking and recreational water. Bacteria and viruses thrive in these new conditions and when they come into contact with humans, can cause numerous illnesses.”

According to the London Economic website, five billion people will be at more risk of water pollution and coastal storms thanks to climate change, and things could go very wrong indeed within just three decades. People who live on the coasts are at the greatest risk of water pollution and coastal storms, and that means the poor will – yet again – shoulder the majority of the burden.

The researchers wanted to know exactly where nature contributes the most to people’s lives, and how many of us might be impacted by climate change. Focusing on three areas where nature is hugely beneficial to people – water quality regulation, protection from coastal hazards and crop pollination – they looked at how things might change using computer modelling. It looks like the people of Africa and South Asia will be the most disadvantaged by ‘diminishing contributions’ from nature, with over 50% of the people in those places facing a ‘significant increase’ in coastal storms and water pollution.

Keep on the right side of the law, enjoy the view from the moral high ground!

You want to stay safe from prosecution and do your bit to stay pollution-free. We’ll help you do that, making sure you enjoy an uninterrupted view from the moral high ground. If you think you may have an issue or a potential problem, let’s talk before it turns into a disaster.