Is it too obvious to state that all human life, all life, depends on clean water?

Because water covers 70% of the planet, you would be forgiven for thinking that there will always be enough of it. The issue is that  freshwater, the water we drink, clean ourselves with and, irrigate our farms with, is rare. Only 3% of the world’s water is fresh water, with 2% locked in glaciers or unusable. 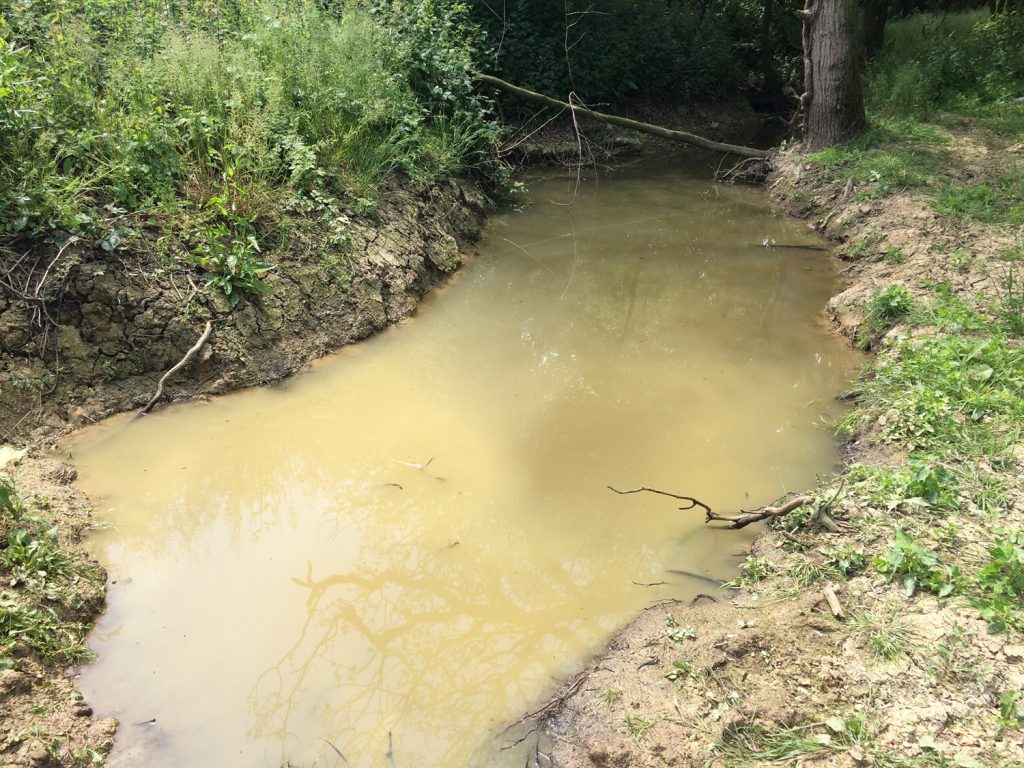 Why we all need to be concerned about Water Pollution.

Is it too obvious to state that all human life, all life, depends on clean water?

Because water covers 70% of the planet, you would be forgiven for thinking that there will always be enough of it. The issue is that freshwater, the water we drink, clean ourselves with and, irrigate our farms with, is rare. Only 3% of the world’s water is fresh water, with 2% locked in glaciers or unusable. There is a very real clean water scarcity issue.

1.1 billion people globally don’t have access to water, and 2.7 billion face water scarcity for one month each year. Sanitation is a challenge for 2.4 billion people who are exposed to diseases including cholera, typhoid fever and other water-borne illnesses. Two million people, mostly children, die each year from diarrhoeal diseases alone.

Due to current climate patterns too many of the rivers, lakes, acquifiers and resevoirs are drying up and not being replenished, or becoming polluted. Our use of water is embarrassingly inefficient.  Agriculture accounts for more water use than any other use and much of that is wasted.

In a report published in the Lancet in 2017 it was reported that pollution is responsible for 9 million premature deaths each year. 6.5 million of those deaths are caused by air pollution, 2 million are caused by water pollution. The report highlights that the majority of these premature deaths happen in poor communities in under-developed or developing countries – which is a relief to those of us who have the good fortune to be relatively well off and living in first world countries.

Do we really know better now?

Are we doing better now?

Water Pollution clearly isn’t a historical or exclusively a third, or developing, world issue. The worst effects of water pollution can happen anywhere in the world as is evidenced in Flint, Michigan. In 2014 Flint Michigan changed the source of its water supply which caused the water to be contaminated with Lead. 100,000 residents, including up to 12,000 children were exposed to this polluted water which led to an outbreak of Legionaires disease that killed 12 people and affected another 87.

The general understanding is that this problem is being addressed with bottled water, except it isn’t. Aside from the obvious disadvantages of bottled water, the cost of transportation and packaging, and the negative effect that single use plastic bottles has on the environment, the simple truth is that bottled water isn’t finding its way to the people who really need it. Western Europe and the US typically account for more than 50% of the value of the bottled water industry with no country in Sub-Saharan Africa, where the water scarcity issue is most acute, registering on the scale. Bottled water is largely consumed out of convenience or taste rather than necessity.

Why do we think about water pollution and air pollution so differently?

The big issue here is the way that we think about these two types of pollution.

Air pollution is very visible and reported in every major city in the world, you can check the air quality where you live in real-time here. In fact you can get an app for your phone which will give you a forecast of your local air quality and let you know if its a good day for a run in the park or allow you to check the air quality of your next holiday destination. This technology is even available as wearables.

All kinds of diseases are caused by outdoor air pollution including Ischaemic Heart Disease (40%), Stroke (40%), Chronic Obstructive Pulmonary Disease (11%), Lung Cancer (6%) and Acute Lower Respiratory infections in Children (3%). Wikipedia provides a similar list of diseases caused by indoor pollution with a similar breakdown here. So air pollution is very well understood and there has rightly been a huge investment of time, money and energy in understanding and addressing this monumental problem.

When we come to look at water pollution the situation is slightly different. Water Pollution is known to be the cause of an even longer list of diseases including water borne, sanitisation and hygiene related diseases. However, on the same Wikipedia page there is no breakdown like the one we get with air pollution. The issue with the horrendous list of diseases linked to water pollution is that they are all associated with the most visible forms of water pollution, the kind of water pollution that you might see on the news in extremely poor areas with little to no sanitisation. This kind of analysis is extraordinarily short sighted because we don’t see water pollution, it doesn’t hang over cities in big clouds, we don’t see it spewing out of the chimney stacks of industrial plants and I would argue that we aren’t seeing anymore than the most obvious ill effects. The only time we are likely to see water pollution personally is if we are to visit a river or a beach in which case it is certainly upsetting but still not obviously dangerous.

It might be the case that as much water pollution is leaving industrial sites but it happens in a much less visible way, underground through the drainage system to the nearest water course or into the soil. Even if you were to look for it there may not be much to see, it might be discoloured but you certainly wouldn’t be able to detect with the eye what that discharge actually contains. This discharge is making its way to the environment, the environment where we grow our crops, where we feed livestock, where our children go to school. This isn’t news to anyone, we all saw the reports and were shocked when it was discovered that fish had been consuming plastic pellets but again, this is only the most visible, obvious instance of water pollution affecting our food chain. Water pollution reports most often feature numbers of fish killed or mutated but unless incidents of hundreds of dead fish are seen floating on the water by a journalist or a member of the public they quite often don’t get reported.

All the time that we imagine that water pollution is a historic or foreign problem we fail to understand and address these new types of pollution. On the surface it appears that we have achieved some success in combatting water pollution, my fear is that all we have really done is push it further away from the surface so that it is less visible, less understood and less addressed.

The newest technologies are implemented in the developed world and will impact us first. Technologies introduced in the very best faith, and for the very best reasons, will always have an impact on the environment. In future posts I will be discussing what these new technologies are and how they are already polluting our water supply, please take a second to subscribe if you are interested to know more about this.