The past two weeks has seen Britain battered by ‘named’ storms, with Ciara and Dennis causing significant damage across the nation. At the same time, in the USA, it appears much of the country’s drinking water is widely polluted by so-called ‘forever chemicals’, substances that don’t go away with time but persist in the environment and the “measurable benefits’ that Beavers are having on the environment in Devon. 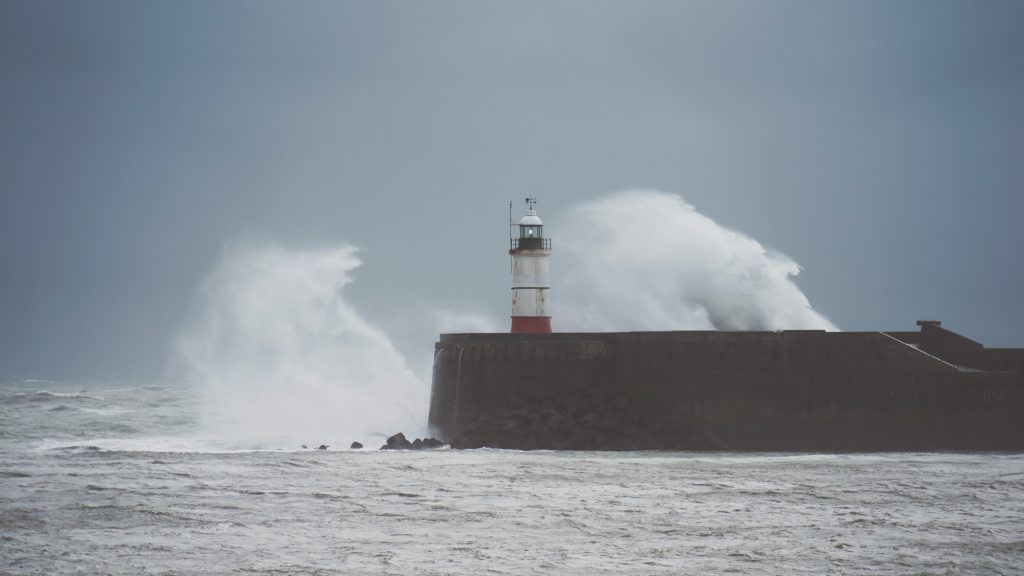 It’s likely there are more big storms on the way. While it’s important to remember that the weather is not the climate – the two are very different – current climate patterns seem to suggest that we are in for more frequent and bigger bouts of awful weather which leads to an enhanced risk of water pollution as more surface water means more polluting substances are washed into our waterways causing more damage to critical water infrastructure from flooding.

A case in point is this piece that appeared in the Food and Drink section of Wales Online where they reported on some of the effects that the flooding has had on Greggs, the nationwide high street bakery. They report that a Greggs factory on the Treforset Industrial Estate was closed for more than 24 hours due to the flooding leading to some Greggs stores not being able to supply their customers favourites and one store closing for up to two weeks. However, whilst we know that people really like Greggs that isn’t really the story here, the story that isn’t reported is that flooding is a major cause of water pollution.

We sincerely hope that this particular factory had appropriate and effective water pollution prevention systems in place because the alternative is a pollution event.

We should also be considering that this is likely to be only one of hundreds of industrial sites that have been affected by the significant floods of the last few weeks. It would be easy to dismiss flooding as an Act of God and beyond your control, but for businesses this is not the case. The Environment Agency are not concerned about how your business causes pollution, if you handle or store pollutant materials on your site you are responsible for ensuring that those materials don’t make their way to the environment.

This is why the Spill Mapping service that we provide models a 1 in 10 rain event on top of what is more commonly recognised as a disaster event, a spill or fire.

Wessex Water has paid £35,000 towards the cost of environmental improvements at Stoborough Heath nature reserve in Dorset. The reserve was damaged when a mains sewer pipe burst in January 2018 and polluted a surface water ditch.

Stoborough Heath National Nature Reserve is owned and managed by the RSPB and Natural England, and there are many wildlife-rich ditches on the site. The pollution had a ‘severe impact’ on aquatic wildlife for a 100m stretch of ditch thanks to poor water quality, with raised ammonia and sewage fungus levels. Since then Wessex Water has spent £50,000 installing a system to detect burst pipes along the rising main.

Wessex Water’s £35,000 enforcement undertaking means local charities and projects will benefit. And The Environment Agency accepted Wessex Water’s £25,000 offer to the RSPB, to be spent at Lytchett Fields and the nearby by Arne reserve. The water company has also offered £10,000 to Dorset Wildlife Trust towards environmental improvements at the Poole Harbour Catchment Partnership Project, carried out ‘further actions’ to benefit a third party affected by the pollution, and agreed to pay The Environment Agency £2,497.30 in legal costs.

The real impact of water pollution

The real impact of water pollution might be wider than you imagine unless you have already checked out last weeks post, Why we should all be concerned about Water Pollution. In that post I was talking about the hidden nature and effects of water pollution and how first world countries are potentially at the most risk.

US News & World Report are reporting that “The contamination of U.S. drinking water with man-made “forever chemicals” is far worse than previously estimated with some of the highest levels found in Miami, Philadelphia and New Orleans, said a report on Wednesday by an environmental watchdog group.”

The chemicals which are known to be resistant to breaking down in the environment, are known as Perfluoroalkyl Substances, or PFAS, which have been linked to Cancers, Liver Damage, Low Birth Weight and other health issues.

They report that “The findings by the Environmental Working Group (EWG) show the group’s previous estimate in 2018, based on unpublished U.S. Environmental Protection Agency (EPA) data, that 110 million Americans may be contaminated with PFAS, could be far too low.”

Having tested 44 sites in 31 states only one had no traces of PFAS, and only another two fell below the EWG recommendation. These PFAS are used in new technologies like Teflon, Scotchguard and firefighting foam. I will be posting on other new technologies that are also responsible for new forms of water pollution, please take a second to subscribe to the blog now to be sure not to miss that.

Beavers save the day in Devon

It’s good to have a small slice of good news to impart. As reported by The Guardian, thanks to the release of beavers into the county, flooding is being reduced in Devon and wildlife populations have been boosted.

A recent five year study reveals beavers come with ‘measurable benefits’ to wildlife and people. They have alleviated flooding and reduced pollution as well as increasing populations of fish, amphibians and other wildlife. Eco-tourism has increased too, and it looks like the benefits easily outweigh the costs of any ‘minor flooding of some farmland’.

If you are looking to secure your site or premises against the risk of water pollution benefiting people, our fellow creatures, your bottom line and your reputation, let’s talk.